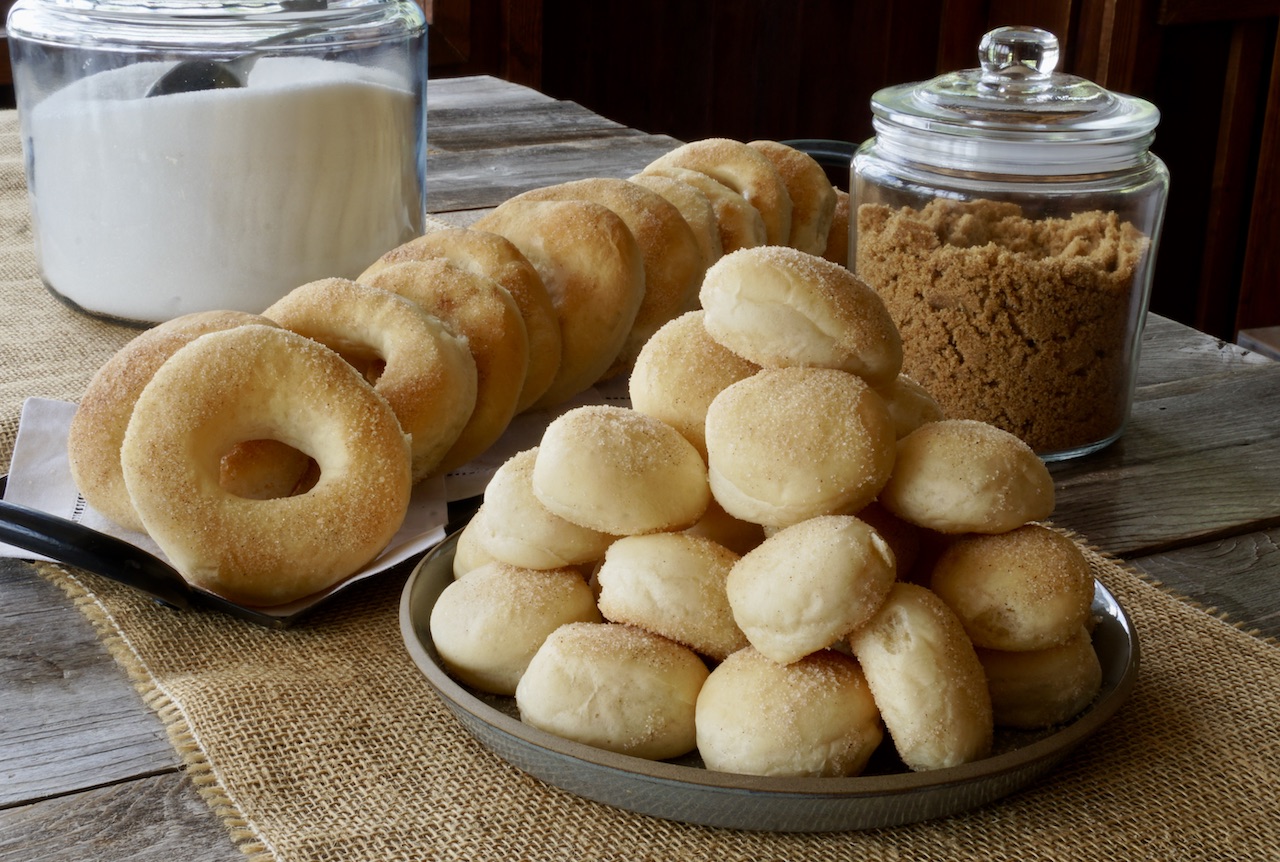 Hurray! You can make and enjoy these BAKED CINNAMON SUGAR DONUTS & DONUT HOLES anytime. Let’s get baking, shall we?!

We worked with our friends at Redpath Sugar to create this post. Head HERE for more great recipes and tips about culinary tools, techniques and inspiration.

Making Redpath’s recipe for BAKED CINNAMON SUGAR DONUTS & DONUT HOLES is an absolute joy. A whole bunch of ideas came to mind as I worked my way through the process, and I’ve listed some tips and suggestions a bit further down in this story.

Before I start, a reminder to PIN this to one or more of your favourite boards. This is one of those recipes that also deserves to be shared amongst friends. You can BOOKMARK this page for future reference and easy access too.

This post is the second time I’ve appeared as a guest instructor at The Redpath Baking School. A few weeks back I hosted THIS VIDEO where I showed everyone how to make STRAWBERRY RHUBARB JELLY. Feel free to click and share those links too.

Okay, without further adieu, how about we work through Redpath’s delicious recipe for BAKED CINNAMON SUGAR DONUTS & DONUT HOLES? You are going to love them!

You’ll see two ingredient photos for this recipe, the first being just for the donut dough. If you’ve never made a yeast dough before, here’s your chance to learn. This recipe is super straightforward and you’ll have no problems, I promise.

Two things you should do before you begin: make sure your yeast is still well within its best-before date and bring your egg to room temperature.

The dough begins with us proofing the yeast in a little warm water. It’s then added to a mixture of warmed milk sweetened with, wait for it, brown sugar. This is such a wonderful trick using Redpath’s Dark Brown Sugar, adding lovely caramel flavour notes and making the donuts and holes extra yummy.

After stirring the ingredients for the dough together, we turn it out onto a floured surface and knead it for about 5 minutes. The simple motion of pushing the dough out onto the board, gathering it back up and repeating the process many times is wonderful. Again, if you’ve never made a yeast dough, here’s your chance to practice your kneading.

Once we work the dough to a smooth consistency, it’s time to let the yeast do its work. The dough is covered with a clean dishcloth and placed in a warm location to rise for an hour and a half.

SPOILER ALERT! It’s going to double in size and rise up to the edge of your bowl, which will make you feel awesome and accomplished, as you should. You just made a stellar dough!

The next step is to cut out the donut ring shapes and the donuts holes at the same time. Make sure to watch the VIDEO attached to this story to get a sense of process. We suggest following our lead and using drinking glasses. We found an old-fashioned glass partnered with a shot glass worked best.

This recipe gets top marks for being an oven-baked donut recipe. There’s no need to pull out a deep fryer and we’re not worried about working with extremely hot oil. Instead, we’re baking the donut holes for 6-8 minutes and the donuts themselves for 10-12 minutes. Because every oven works differently, just watch closely remembering that a golden colour is the goal.

Here’s the second ingredient photo, as promised. These ingredients are used to give our baked goods a sparkly, lightly spiced finish. Don’t miss the key step of stirring the Redpath Granulated Sugar together with ground cinnamon before passing it through a strainer or sifter. It’s important that these two ingredients are blended together evenly before the finishing step.

The final step in the recipe is, in my opinion, brilliant. First, we lightly brush the still-warm donuts and donut holes with melted butter, then we roll them around in the cinnamon sugar, giving them a soft hit of cinnamon spice and sweetness. Amazing!

If you’re like us, expect these BAKED CINNAMON SUGAR DONUTS & DONUT HOLES to disappear pretty quickly. They’re wonderful first thing in the morning with a cup of tea or coffee or a tall glass of milk. We also liked them set out as part of a grab-and-go weekend brunch station where we paired them with our QUICHE LORRAINE, our HEALTHY FRUIT SALAD and our GLUTEN-FREE GRANOLA.

The donut holes are also great travelling companions, but again, they disappear pretty quickly, well before your final destination.

BAKED CINNAMON SUGAR DONUTS & DONUT HOLES are baked goods that are so good!

Click the Icon to pin this recipe to your board. 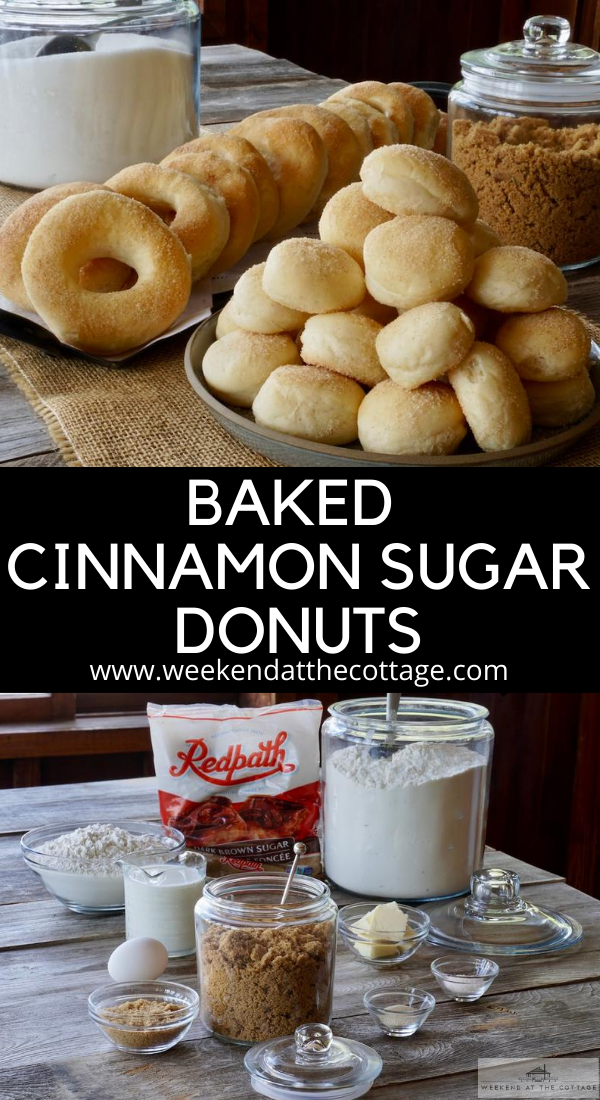 Products used in this recipe

Just click on the below links to purchase items through Amazon.com and add them to your collection. Happy shopping!

Now open! Visit our store for food and gift ideas.